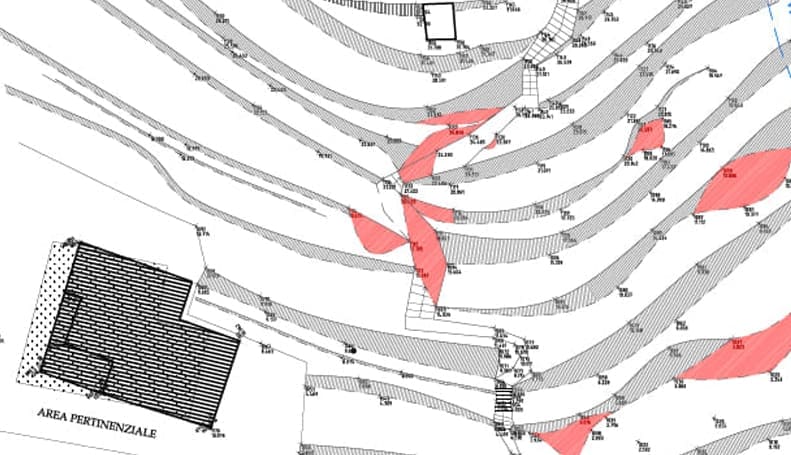 In November 2014, a violent flood hit the Levante Ligure region. In the cities the roads became rivers, while in the countryside the ancient terraces, which had long been in a state of neglect, collapsed and suffered serious landslides.
In this context, an agricultural area in the municipality of Carasco with a particularly rugged morphology required urgent work to secure the slope, which was subject to landslides that were thought to threaten some of the houses below.
In collaboration with an Engineer and a Geologist, a Topographical Survey of the area was carried out in order to map the number and size of the various subsidence areas to be restored. In addition, a rainwater regimen was planned for an old farmhouse located above the damaged slope, connecting its drains to the municipal network along the valley floor road. This last operation required a night-time intervention in order not to hinder the heavy daily traffic.

< PREVIOUS
BACK TO THE WORKS
NEXT >

This website uses cookies to improve your experience while you navigate through the website. Out of these, the cookies that are categorized as necessary are stored on your browser as they are essential for the working of basic functionalities of the website. We also use third-party cookies that help us analyze and understand how you use this website. These cookies will be stored in your browser only with your consent. You also have the option to opt-out of these cookies. But opting out of some of these cookies may affect your browsing experience.
SAVE & ACCEPT